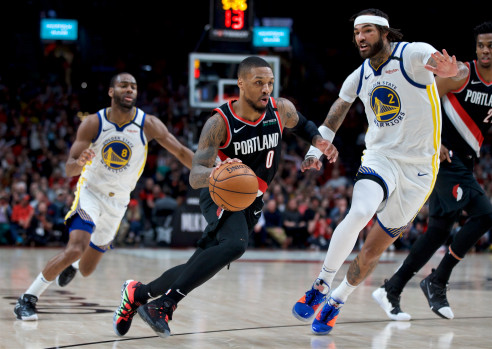 The Warriors might be entering play on January 21 with the most exceedingly awful record in the NBA, yet people couldn’t guess by watching them contend. Maybe indicating their inexperience, many games have slipped away from Golden State through the span of the season, and Monday night’s 129-124 misfortune to the Trail Blazers was no exemption.

It took 61 for the most part fantastic points and an overtime period from Damian Lillard to enable the Blazers to leave with the triumph, and in doing as such, the club sent the Warriors to their 10th straight overtime loss.

Golden State lost their past overtime challenge to the Nuggets back on January 17, and barely. The final score was 134-131, which gives the Warriors another nearby misfortune to a top team out West. Moral triumphs don’t include in the success column, however, anybody watching Golden State can plainly observe that they’re a team that contends and battles.

In any case, the last time the team dominated an overtime match was a route back in December 2017. That streak will undoubtedly end at some point or another, particularly with Stephen Curry’s return on the horizon.

Be that as it may, on Monday night, Lillard had different thoughts. Accordingly, the Warriors are as yet riding a long losing streak concerning their overtime challenges.

Steve Kerr’s group will next be in action when they face the Utah Jazz at Chase Center on Wednesday night.